Historically, tailings were routinely discharged directly into the nearest surface water course (Vick 1990). In some parts of the world this is still practiced today, particularly in areas of high rainfall and steep and unstable terrain. The Ok Tedi mine in Papua New Guinea and the Grasberg mine in Indonesia are just two examples of large mining operations that dispose of their tailings and waste rock directly into the local water course. This type of storage method creates vast environmental liabilities and costs associated with remediation and reclamation (Jakubick, McKenna et al. 2003). It has also generated substantial opposition that has contributed to the general negative public perception of the mining industry, thus harming its reputation.

The following images show tailings deposition from a gold mine in the early 1900's in the Cortez Hills, Nevada, USA. The tailings have been deposited as a slurry from the processing plant (where the image was taken) and then flowed down the side of the valley creating extensive damage to the environment. 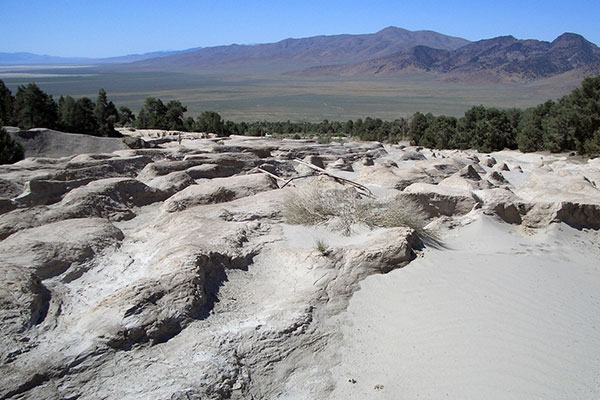 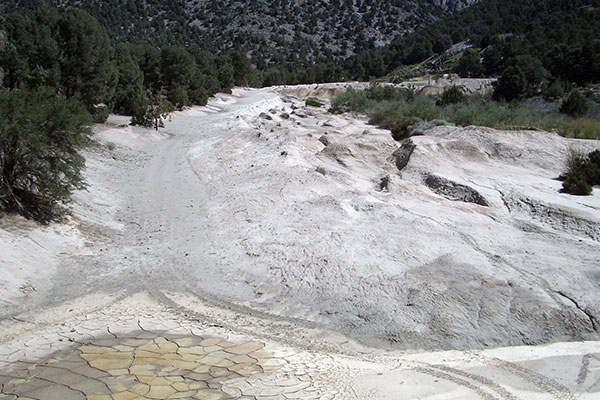 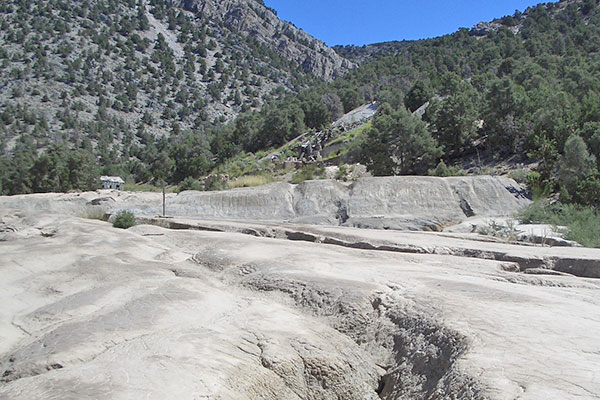 T.E Martin et al. (2002) reported that around 1900 the impacts of uncontrolled tailings disposal were being recognised. Plugging of irrigation ditches and contamination of downstream areas were becoming more common creating conflicts between land and water use, particularly where agriculture interests existed. By about 1930 a complete cessation to this type of tailings disposal was enforced in the western world creating the first benchmark regulations on mine waste management.

Mines like Ok Tedi and Grasberg, who dispose of their tailings to natural water courses, do so due to steep and unstable terrain restricting the construction and operation of a tailings storage facility.